No fair? No fair! … so cook yourself some turkey legs at home! 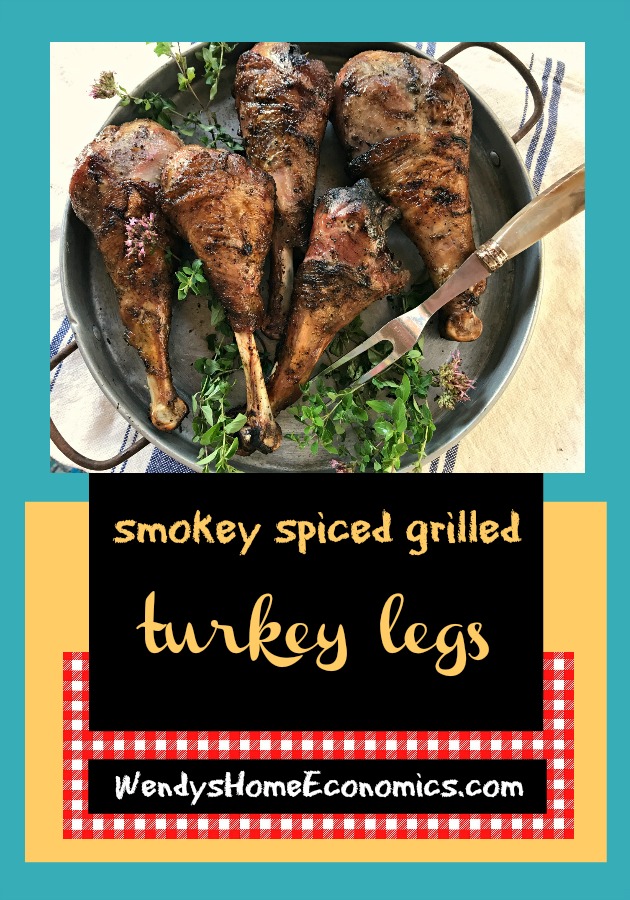 Well 2020 just keeps giving us disappointment on top of disappointment.  Some of us look real forward to our NC State Fair each year, each for our own reasons.  I will miss going there several mornings to judge the daily cooking contests… one of my favorite fall culinary adventures.  Some go for their favorite foods scattered about the fairgrounds.
Grease! Salt! Sugar! Finger lick’n…
What’s not to love?

You can’t miss folks walking around gnawing on big ole turkey legs!  This recipe was part of a few I created several years ago for Carolina Country Magazine for a little twist on Thanksgiving… and when I was thinking about fair foods to share, realized I never put this here on my blog.

We never know what sort of weather we will have here around fair time… or Thanksgiving… it might be brrrrr! cold… or we may be out in shorts and flip flops firing up our grill.  Either way, these turkey legs are tasty… and something fun to cook this year during fair week to pretend you’re there!  Or to give your Thanksgiving a twist too.

So grab yourself some legs and crank up the grill!  Enjoy some of my tasty turkey legs… and come on over to my facebook playground and share your pics and what you think about ’em! 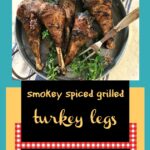 No fair this year... no problem! Grill your own turkey legs at home... or fix some for Thanksgiving this year.

Sticky Pig Twigs… can bacon get any better? 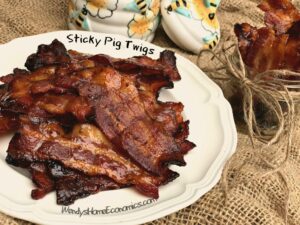 Make a pile of these Sticky Pig Twigs, because they will disappear right before your eyes. Enjoy as is, or chopped on salads. Especially good on a juicy summer BLT … add more hot pepper if your crowd can take it!

…a delightful sweet and savory tart to enjoy as an appetizer, side, with salad for brunch or as an outside-the-box dessert!

Fall is here, and so are fresh pears. Use these no-bake treats as “cookies,” perfect to tuck into lunch bags for everyone’s enjoyment.

Sometimes, “just a little something” to finish off a summertime meal is all that’s needed. Make these no-cook no-churn key lime ice cream treats days ahead and just take out what’s needed.

Lazy hazy hot days of summer… nope, no cook’n around here! Throw together this no-cook fresh and light salad featuring fresh summer corn and the best crab you can find… like sweet lump North Carolina crab!

It’s Asparagus time… and here is a simple way to put this bright-in-color-and-flavor salad on your spring table! 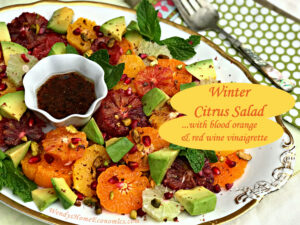 Vibrant citrus fruits are plentiful in the dead of winter, and this is a great salad to brighten the dreariest of days. Don’t worry about exact measurements for salad ingredients. Use as much or as little as suits your fancy. 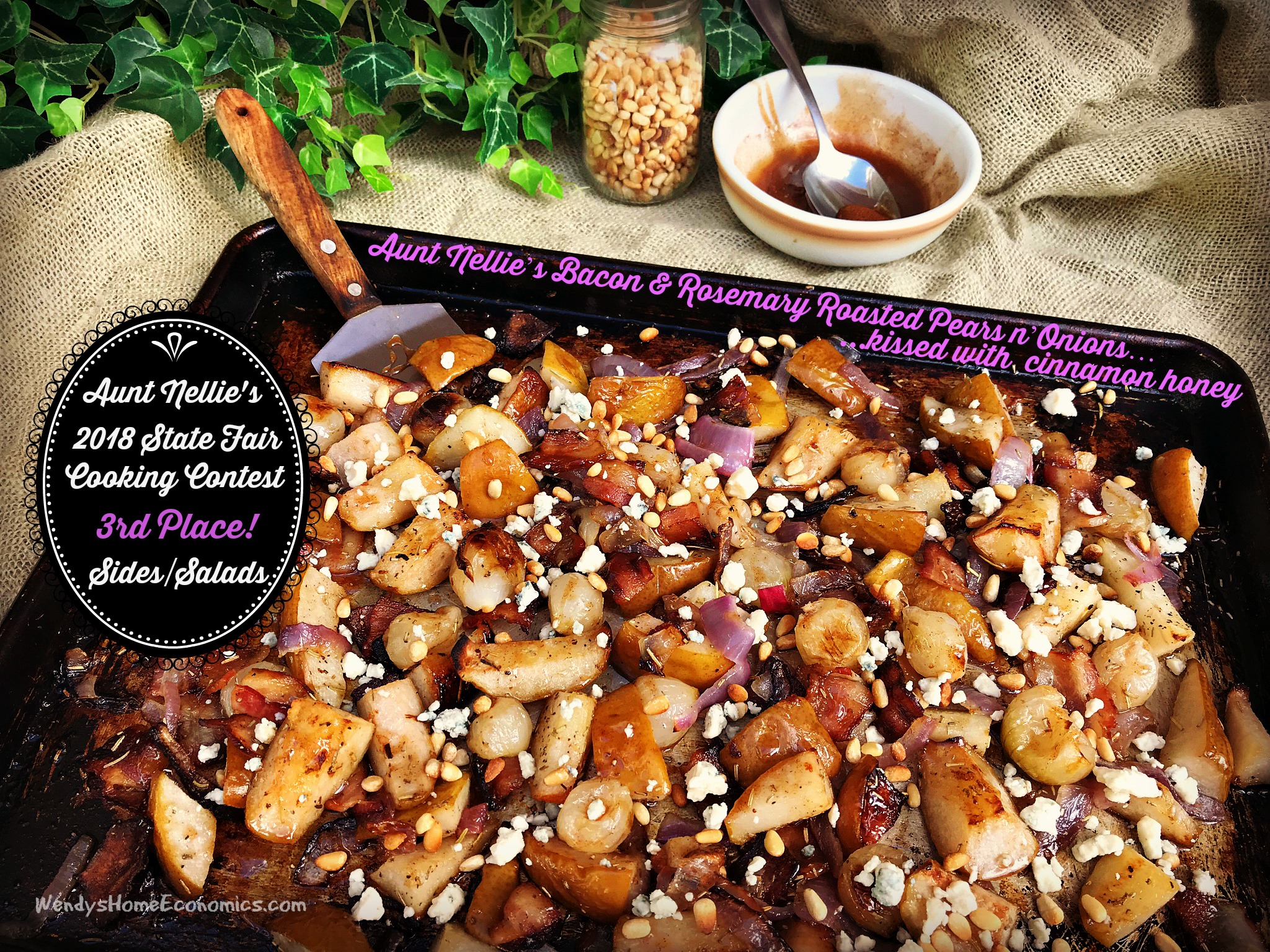 I love entering cooking contests.  There’s rarely a win with so much great competition out there, but it’s fun coming up with ideas and getting in my kitchen to make what’s in my head come to life. But… every now and then, I end up with a winner, like my Aunt Nellie’s Bacon & Rosemary Roasted Pears n’Onions… kissed with Cinnamon Honey 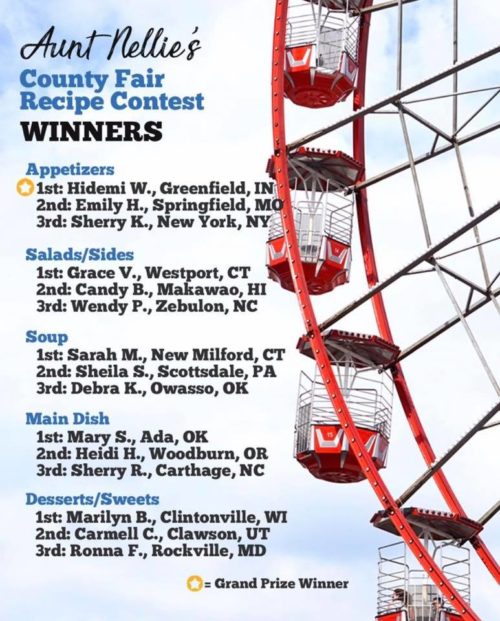 A few months back, friend Lisa Prince, who knows my passion for both entering and judging cooking contests, sent me a note about Aunt Nellie’s “State Fair” Cooking Contest.  In case you don’t know, Aunt Nellie’s is a 90 year old company born in Wisconsin.  Their products now include six varieties of glass-packed beets, onions, three bean salad, and red cabbage.  Turns out, Aunt Nellie Jones (yep, there really was an Aunt Nellie) was a Home Economist like me… at the University of Wisconsin! And I didn’t realize until recently their first product was peas.

The contest had 5 categories, and I spent a ton of time (not to mention money) creating, testing, styling and photographing a recipe for each category.  Of course, I surely was hoping for something more, (don’t we all?!?), but grateful for my 3rd place win in the “Sides and Salads” category.  The prize was $25 and a box full of Aunt Nellie’s products.  And I was very pleased with how this and all my recipes turned out. So maybe I will find other contests where I can tweak them and enter somewhere else since my entries are now the property of Aunt Nellie’s.  That is the downside of most contests. Their fine print in rules usually states that entries become the property of the company where you entered… they can publish, use, and even change the name of it!

BUT… for those of you that don’t know but may be interested, recipes cannot be copyrighted. Processes to make a recipe can be, as are head notes/descriptives, but the recipe itself… nope. Anybody can take anybody else’s recipe and call it their own! But there is usually a way I can make revisions to a recipe to turn it into something else.  And like others, I sometimes get inspiration for a new recipe from another I run across. My goal is to always create something that hasn’t yet been done 1 or 100 ways. That can be challenging, but most ideas in my crazy head are unique.
I don’t know I will do that (revamp) with my Aunt Nellie’s entries… but I did come up with a few mighty fine recipes and it would be a shame not to share some day!

So… one of these days, if I tweak my other entries, I’ll share those too.  And since most contests prohibit entries that have been previously published, I’ll refrain from sharing them now in case I tweak to enter somewhere else.  For now, I will enjoy this win as I’m sure there were hundreds, if not more, entries in the contest, and to be one of 15 is an accomplishment I’m tickled to enjoy!  I “beet” out a many a fine cook for this honor and am excited to share with you… be sure not to miss my recipe down below.

I do hope you will pick up some Aunt Nellie’s Onions and make this really easy recipe and if you do, come over to my facebook community and tell me all about it! 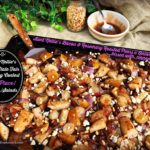 Print
Aunt Nellie’s Bacon & Rosemary Roasted Pears n’Onions… kissed with Cinnamon Honey
We all love tasty speedy side dishes and this one can be thrown together in the time it takes to preheat your oven. This rustic sweet and savory combo is perfect alongside roasted meats. Roast a pork tenderloin at the same time for a complete supper. Or, turn it into a warm wilted salad by drizzling in a bit of balsamic vinegar when done and while hot, tossing with a big bowl of fresh spinach. No matter how you serve it, it’s sure to please… especially when BACON is involved!
Course: Side Dish
Cuisine: American
Keyword: roasted pears and onions, bacon, aunt nellie's
Author: Wendy Perry
Ingredients
Instructions
Recipe Notes

For a rustic salad, while warm, toss the pear and onion mixture into a big bowl of fresh spinach to “wilt,” drizzle with the cinnamon honey and some great balsamic vinegar.  Scatter with the pine nuts and blue cheese. Also great alongside roasted chicken, turkey, pork or grilled steaks!

We all have our personal favorite pimento cheese. I invite you to try mine… with nutty Swiss cheese and the creaminess of whipped cream cheese. I also use North Carolina’s Mt. Olive Pickles Roasted Red Peppers, to keep it local y’all. But if you’re not lucky to have where you live, just substitute! 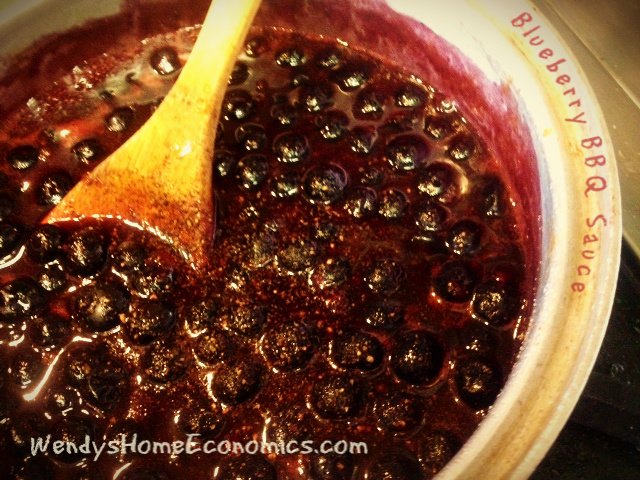 Serve this easy sauce over pork. And it’s especially tasty over leftover turkey and dressing!

It surely is hard to believe it, but Thanksgiving is on our doorstep!  There always seems to be some of that bird leftover… and many enjoy eating it with leftover dressing, as is, for days on end, while other are looking for ways to reinvent it.  One of my social media clients is a blueberry farm, with all sorts of blueberry goodies (jams, salsa, juice, syrup) and honey too. I’m sharing this recipe that is going out in Creekside Farm’s newsletter this week. You can use fresh or frozen berries, or even mix some blueberry jam with the BBQ sauce instead.
(excused the poor quality pics… these were from long ago!)

So as you prepare your grocery shopping list for the holiday, pick up some blueberries so you can stir together this sauce… really quickly!  It’s soooooo good over turkey and pork too.

Gobble! Gobble!  Get your turkey ON. 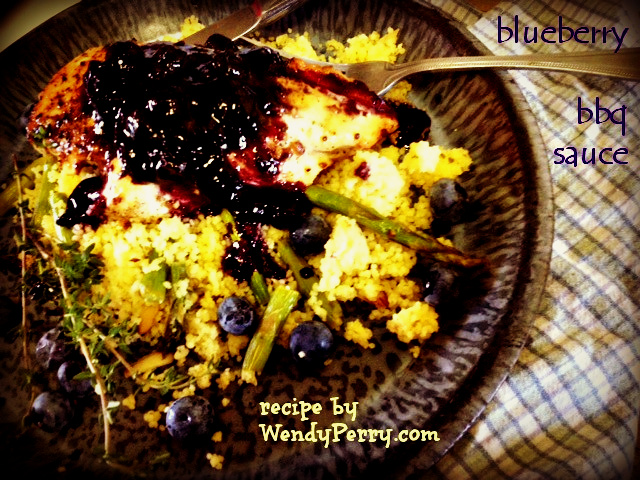 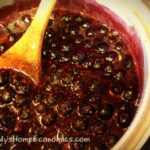 This is a sweet and savory sauce that is great on grilled chicken, pork or fish… or leftover turkey and dressing. It’s simple and quick to make, and can be stored in a jar in the refrigerator for up to about 2 weeks.