Being that today is “National Doughnut Day,” seems fitting to share one of my Krispy Kreme Kreations with you.

It just so happens that my lastest, krunchy Cinnamon-Butter Krispy Kreme Kroutons, is one of four North Carolina food icons I got to blab about in the November issue of Carolina Country Magazine. I chose Krispy Kreme as one of the four for a couple of reasons. For starters, when talking about iconic foods here in North Carolina, KK is at or near the top of any such list. KK is also celebrating a milestone birthday this year… their 80th! I even made this scrumptious sundae with KK Kroutons and Kookies to celebrate. 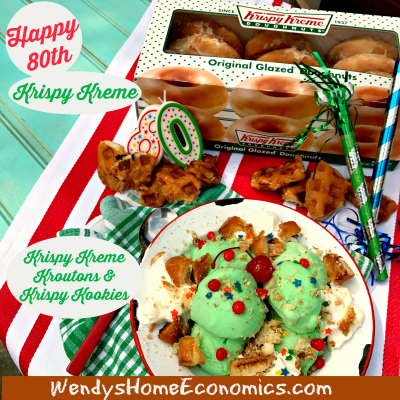 Aren’t we so happy Krispy Kreme was born?

I’ve been making these blissful little krouton morsels for years, just never got around to sharing until now!  You can make ’em in no time flat, but be warned. 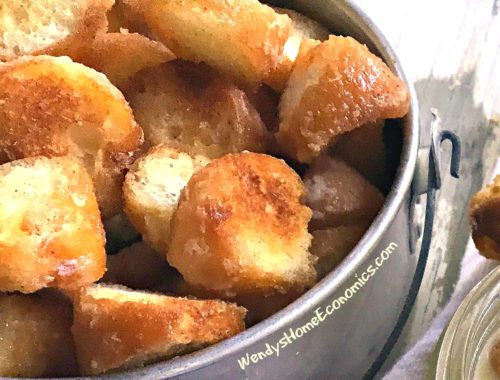 Nobody can eat just one, or 10, so make a big old mess of them! Folks love to munch on “kroutons” right out of the bowl, but I enjoy on top of Ma Perry’s Boiled Custard, a Perry family tradition that started before I came along… a long time ago.

I do hope you will make some kroutons, and come back to let me know what you think… I’m pretty sure you will be the Kueen if you serve up a pile of these sometime soon.
Don’t you think KK should bag my kroutons too? 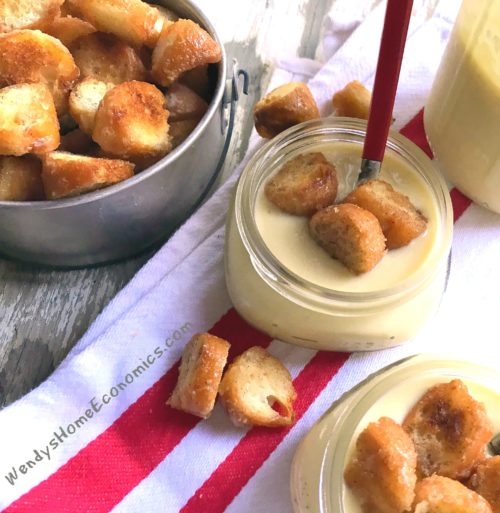 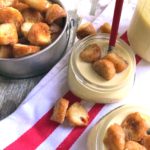 Print
Cinnamon-Butter Krispy Kreme Kroutons
Krispy Kreme “Kroutons” are a fun treat by themselves, but floating in boiled custard to enjoy at the bottom of your cup is good, too!
Ingredients
Instructions
Recipe Notes

Variation... Instead of cinnamon, use other spices or blends, like Apple Pie or Pumpkin Spice.

So, what are your ideas for using Krispy Kreme Kroutons?
Do tell…